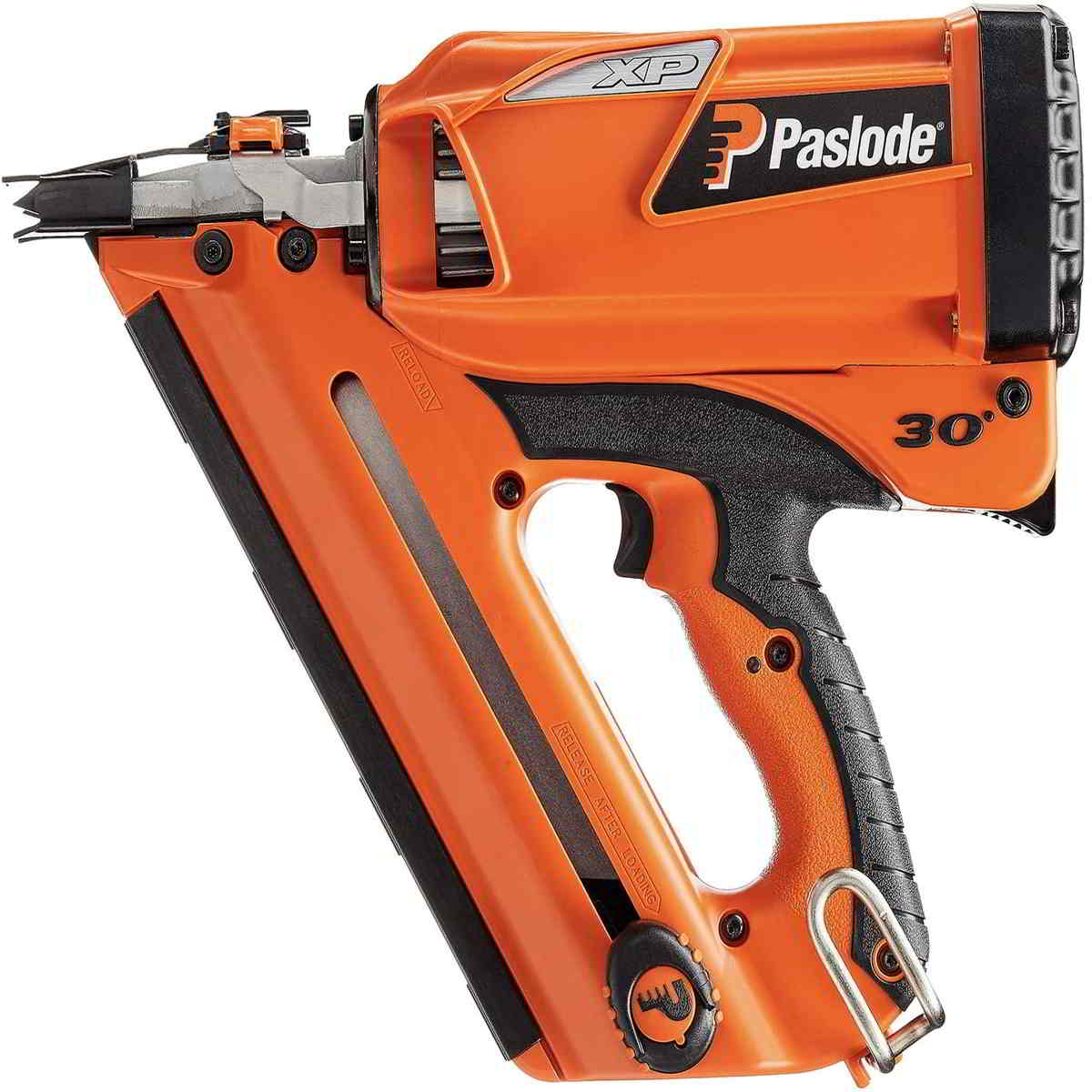 So your Paslode nail gun is not firing or is firing intermittently?

Paslode nail gun not firing? Here is what to check

If you have a Paslode nail gun and it is not firing, you need to check all the most common culprits

Follow the following procedure (step by step) to fix your nailer:

You want to make sure that it is not shorted or broken (check all the wires).

Check the wire going to the tool’s spark plug

Next, pull on the red wire (you cannot fail to notice it as it is big enough) that connects to the tool’s spark plug.

Now, if the wire actually comes out easy (of the boot) you likely need to re-solder it at the connector (for proper operation, the wire should be fully engaged/inserted).

Now we need to check the fuel cells as follows:

You want to see if fuel will come out under pressure – if it does, then there’s a good chance that fuel is enough….(you will need new fuel cells if it does not come out)

But even if oil comes out, you can never be too quick to rejoice…it is important to test if the plug ignites (if there’s a spark).

Testing for a spark

So here is how to do it:

Side Note: You can try putting a dab of grease(dielectric) on the spark plug (apply to its tip to get the gunk off) and see if it helps it produce a spark. You definitely need to change the spark plug (I once found the spark plug broken in half which meant intermittent contact so there was no way the gun would fire consistently).

Further test (do these if there’s no spark)

If there is no spark (meaning it’s not firing) and the lead to igniter seems fine, proceed with the following tests:

Check if gas cartridges have reached the expiration date

I know it sounds odd but the truth is fuel cells do expire after some period of time and it will often not fire afterward.

Indeed, any time these nailers stop firing or become intermittent but the fan is still running, the first thing you should check is the gas cartridges’ expiration date.

That’s because the gun starts to work inconsistently or fails to work at all when they expire.

Now, the best solution/test is to install new gas.

Also, be sure to check that the top of your cartridge snaps tightly onto the cartridge’s body.

Check if it is an air issue

Sometimes the fault is caused by an air problem and you should try to perform the test below:

Place your air nailer near the compressor – you do that to be able to monitor the air pressure after the nail gun fires.

The thing is you might need to check if the problem is coming from the air compressor if you observe that the air is not getting through the diaphragm fast enough or it seems like there’s a blockage somewhere in the line.

If you have the cordless version of the Paslode nail gun, try swapping the battery- it typically won’t fire if it is low on charge and the best workaround is putting a fully charged battery.

Adjust the tension – it is always a good idea to adjust the nail gun’s depth tension (using the adjuster) if you’re trying to get the nail gun firing again.

A major reason why a Paslode nail gun stops firing is dirty combustion chamber so try cleaning and oiling it using Paslode cleaner and oil(according to directions).

If you do that the right way and you have unexpired fuel (get new gas, if necessary), a working fan (can you hear the fan?), and a fully-charged battery (that is not loose), it will probably fire.

Don’t forget to use only the designated nails and to have enough nails in there.

PS: If you have purchased new gas cells, make sure their tip is pressed onto the cylinder all the way.