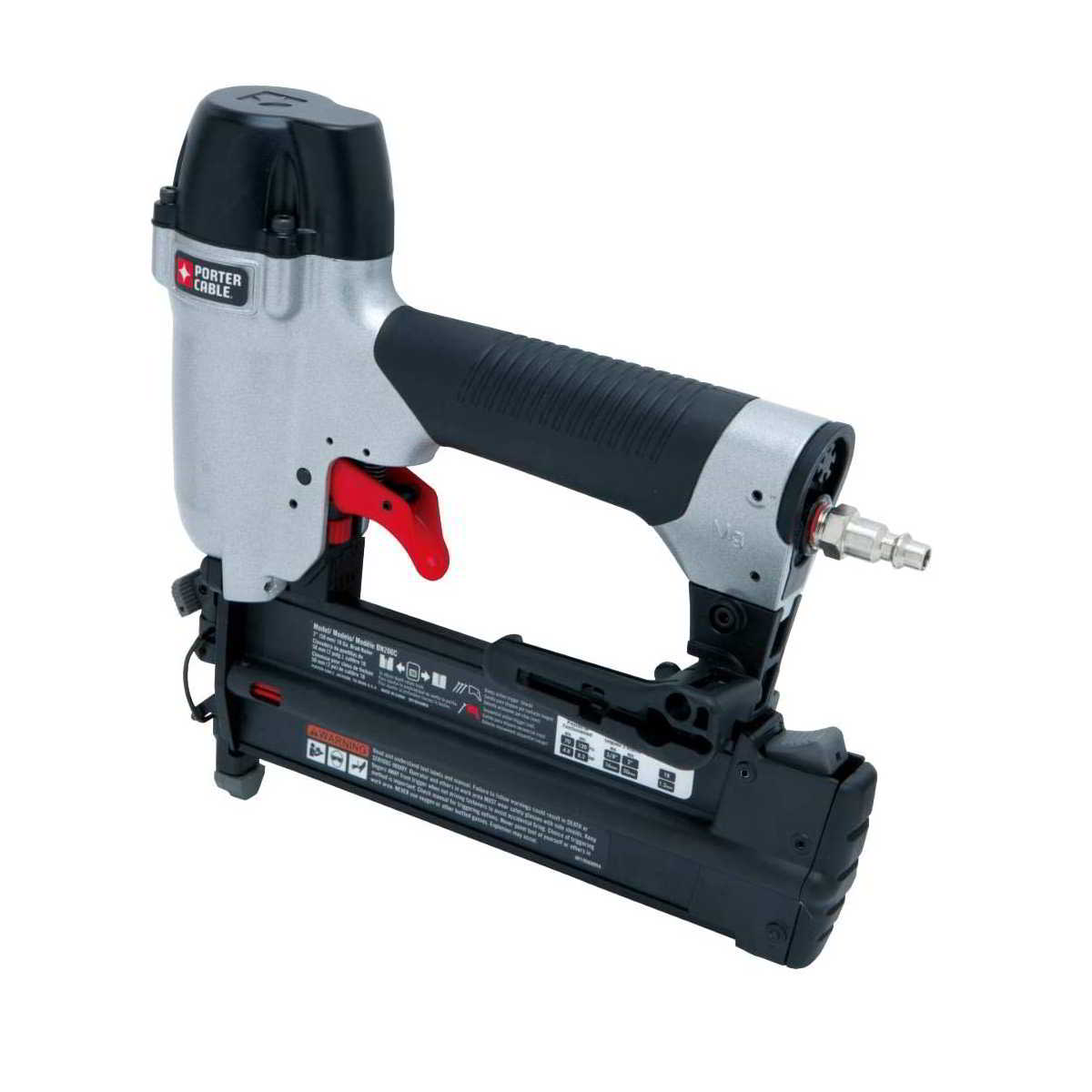 In this post, I will be taking you through how to troubleshoot and fix a range of problems associated with Porter Cable nail guns.

As mentioned, we shall start with a pretty common issue: Porter cable nail gun leaking air from exhaust port

Let’s get started right away.

Of course, before attempting to fix any problem with tools, it is important to know what is causing it.

Now, a leaking exhaust port is majorly caused by either a damaged main seal or O-ring.

However, it may also be due to debris and dust having found its way inside your nailer.

So, how do you fix this?

Now, there are only two methods to fix this.

The first and easiest method is to clean your nail gun off any debris- you need to disconnect the nail gun from air supply just before cleaning.

If that does not work, then you might need to replace the O-ring- there’s a chance your nailer’s “O-Ring” isn’t sealing properly causing air to blow out of exhaust continually.

Perhaps the best approach is buying a complete overhaul kit –it has everything that could be in bad shape: O-ring and seal and more- for your model.

Well, if that doesn’t fix the air leak, then you may have to take to a nearby repair shop.

Having looked at fixing the issue of porter cable nail gun leaking air from exhaust port, there are a couple of other faults that occasionally occur when using this popular nailer.

And we feel it is nice to have an idea about fixing each.

So let us look at them individually together with their recommended repair:

A leaking trigger house valve typically points to one thing: failure of the O-ring or the valve itself.

This is very easy as all you have to do is replace the valve – we recommend you get a Genuine Porter cable nail gun trigger valve assembly.

Once you do that, it could fix the air leak defect in the trigger and your nailgun may start working again.

If you note that your Porter-Cable nailer is leaking air through the top cap, it is likely that the cap screws are loose.

Remember that as you use your nailer, it generates some vibrations and with time, they eventually work loose the screws.

To solve this, try tightening the screws and see if the air leak ceases.

Otherwise, it can also be a sign that either the gasket or O-ring is damaged/worn out completely.

Again the best solution here is to replace the culprit (gasket or O-ring)- disassemble it and check then replace the bad component (get an compatible O-ring repair kit).

If you are wondering what makes the nailer leak air around the nose when the driver blade is up, it is again probably a result of defective O-rings.

So go ahead and purchase an appropriate O-ring repair kit.

Moving on, you may have a Porter-Cable nailer leaking air around the nose even when it’s in an actuated position.

Here you need to check if the bumper is broken or worn-out – it is quite often the reason- and your best bet is swapping out the bumper.

Now, there are a number of things that may be behind this including:

How to fix the nail gun

To start with, check whether the nailer is getting air by inspecting the air supply system.

Recall that since it’s a pneumatic nail gun, it means that if you had previously left the compressor with some moist gas, it could have frozen thereby blocking the valves.

Note that warming up the tool could help restore sufficient air flow.

The same applies if you are having a frozen valve.

Your other alternative is opening up the nail gun and visually inspecting the driver blade and O-rings- you want to see if any is damaged.

Now, if  you have fired your Porter-Cable nail gun a dozen times and you note that it’s lacking the power to flush drive in the nails, below are probable reasons making your nailer sluggish:

So, what do you do to fix this?

First and foremost, you will want to check the air supply and make sure that your pressure is between 70 and 120 psi.

Now, depending on the size of nails you are firing and the hardness of your lumber you should adjust the pressure accordingly until you get the perfect pressure that flush drives in your nails.

Also, make sure that the exhaust port isn’t clogged- disconnect the air valve and remove the exhaust from the top of your tool then clean your port (if you see it’s clogged).

Now, if you note that your potter nail gun is experiencing intermittent feeds, there are a few reasons that could be leading to this and each has its own recommended fix as you can see below.

It’s normal for nail guns to jam once in a while.

However, if you note that your nail gun is jamming frequently, then there could be a problem.

Below are the varied potential causes plus what you should try:

We have just previously looked at what may lead to frequent jamming of Porter-Cable nail guns and how to prevent it.

But, how do you clear jammed fasteners in your Porter-Cable nail gun? Well, it’s very easy if you follow the steps below to the point:

Now, if you experience problems with your Porter-Cable nail gun and it’s still under warranty, do not disassemble it when it malfunctions.

Instead, visit your closest Porter-Cable dealer or contact your seller and they will get you a new one as long as you haven’t done anything that may void your warranty.

Otherwise, try the above repairs and take it to a repair shop if you don’t get any luck with DIY repairs.

Nail gun not shooting nails? Here is what to check

Nail gun nails not going all the way in [Fixed]