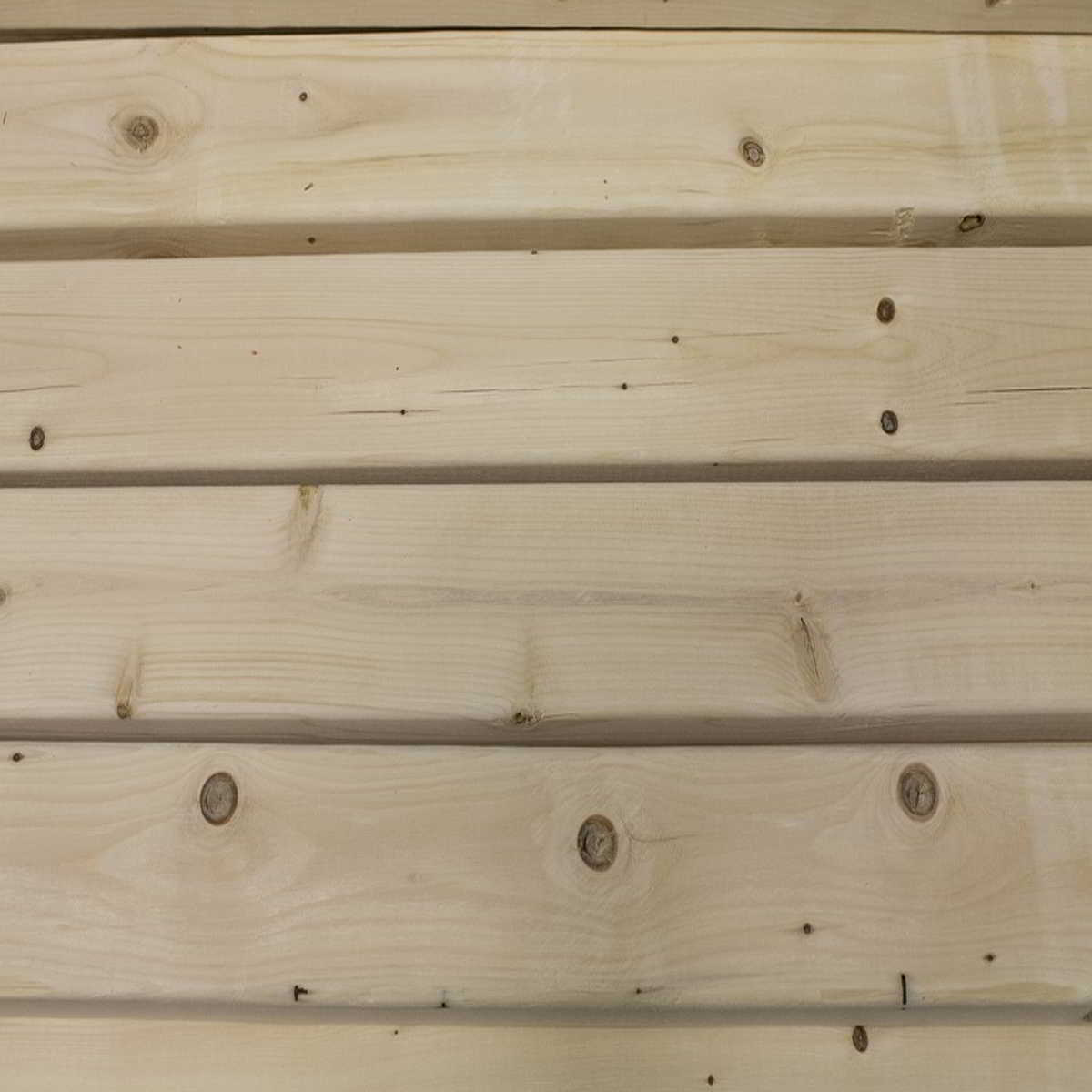 Finding the perfect nail size for framing your 2×4 together can be tricky especially if you are new to construction.

To make it worse, if you pay a quick visit to your local home improvement store, you will find rows upon rows of shelves dedicated to different nails.

So, which size nails should you use to nail your 2×4?

If you have this dilemma, read this to the end…

What size nails for nailing 2×4 together

Now, due to its thickness, 2×4 lumber will not only require quite super strong nails but also longer nails.

To be clear, strong nails are needed to go through the 2” thickness plus the surface being nailed to without bending(there’s always a chances the nails may encounter knots in the wood).

On the other hand, longer nails are necessary for a strong hold…recall 2×4 lumber pieces are traditionally to build frames and hence carry quite some significant loads.

Keep in mind that the nail size should not be too long – you don’t want it to split to the other end of the surface the 2×4 is being nailed to.

With that out of the way, let us now answer the important question that brought you here: “What size nails for nailing 2×4 together”…

In a nutshell, 3 1/2 nails work best for framing 2X4 s- they will be strong enough to fully penetrate and hold the 2×4 timber securely.

What nails to use for 2×4 framing

When it comes to framing using 2x4s, common and sinker nails are the best to use.

That said, common nails are ,for the most part, the first choice for many framing and heavy construction jobs.

That’s because they have thick and heavy shanks that give them their characteristic strength..

In truth, this is what makes them best suited for fastening jobs where strength is more important than the appearance of the structure.

What about using sinker nails to frame 2x4s?

Nevertheless, they still do an excellent job in framing.

However, unlike common nails – which have thick round heads – sinker nails are designed to drive flush with the wood surface.

Now, there is some confusion out there with some folks insisting on using box nails for framing 2x4s.

Well, it may go through the lumber but remember that box nails have thin shanks and aren’t designed to be used for heavy projects.

In short, using box nails could result in structures that can’t accommodate any significant weight(yet 2x4s structures have to bear quite some weight).

Due to their thick nature, when nailing 2x4s, we need powerful nailers that will be able to drive our nails past the 2×4 plank and into the surface that we are nailing it to.

Also, remember that we saw common nails are best for nailing 2×4 frames.

Therefore, the type of nail gun we choose to use should also be able to hold and fire thick nails such as common nails.

And your best bet is a framing nail gun-other kinds of nail guns come second to framing nailers when it comes to 2×4 projects.

Now we will briefly look at some of the best nail guns to use for nailing 2x4s in the market.. 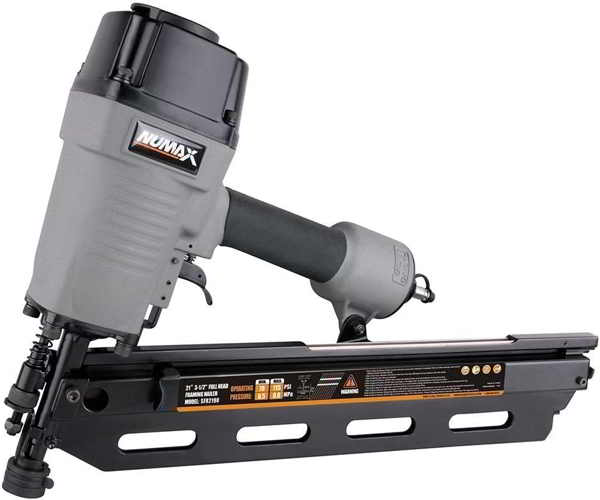 This is probably the best nail gun for 2x4s out there.

With its features, it’s a really great bargain- I doubt you’ll get a better option at its rock-bottom price (It so rich in features considering its price).

For example, this nail gun can hold up to 2 magazines so you’ll have fewer reloads to do(saving you time).

The NuMax pneumatic nailer also fires a wide range of nails-between 2” and 3 ½” long nails- so it is not only for your framing needs but also other DIY and construction needs(from building gates, benches, fencing, etc.).

And thanks to its dry-fire lockout feature(the gun won’t fire when low on nails), the gun’s internals parts are protected from getting damaged, which can happen if you dry fire.

On the downside, the brilliant powerhouse air-powered nailer is a tad bit heavy(weighs 8.58 pounds). 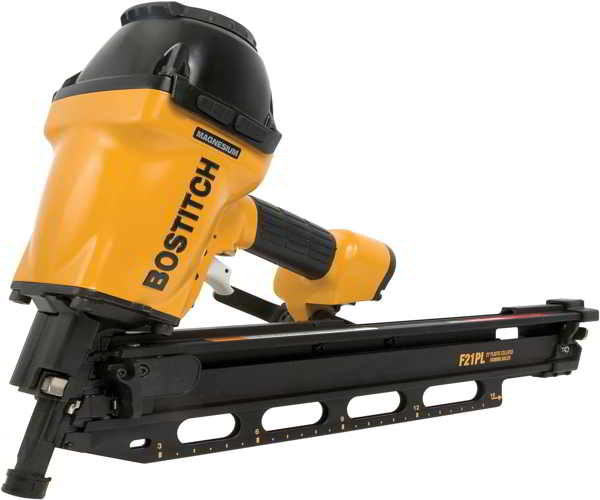 When talking about some of the best nail guns for 2x4s, the Bostitch pneumatic nailer is an ever present.

That’s majorly due to its countless mind-blowing features.

From its solid magnesium construction that makes a durable pick to its lightweight build(weighs just 4.17 pounds), it’s another impressive option.

In fact, it not only functions as a framing nailer but can also serve as a metal connector- All you have to do is change the nose pieces.

Don’t forget that you can change the direction of the air discharge slot with this nail gun- This is handy when working in dirty areas where the gusts would otherwise stir up dust clouds.

There’s one weakness though: you have to take out the actual trigger and put in a different one for a bump fire operation, which can be a little inconvenient in job sites as changing them takes time. 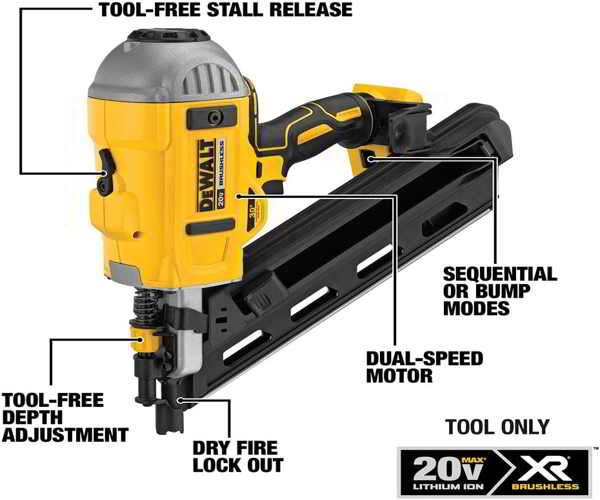 This nailer works great, it has plenty of power and the batteries last a long time(Dewalt recommends a fully recharged 5 ah battery for optimum performance).

Note that this nailer comes with two firing settings: Setting #1 uses less power and is best for shooting shorter nails (without overdriving them) while setting #2- this uses much more power- is perfect for sinking longer nails.

I should mention that it jams rarely- it is quite easy to clear nail jams, on the odd occasion it happens.

One thing that Dewalt failed to deliver on is on the weight side- it’s 8 pounds weight can tire you out if you’re working for hours.

Oh, and you have to buy the battery separately..

What size nails for nailing 2×4 together – recap

In a nutshell, 3 1/2 nails work best for framing 2X4 s- they will be strong enough to fully penetrate and hold the 2×4 timber securely.