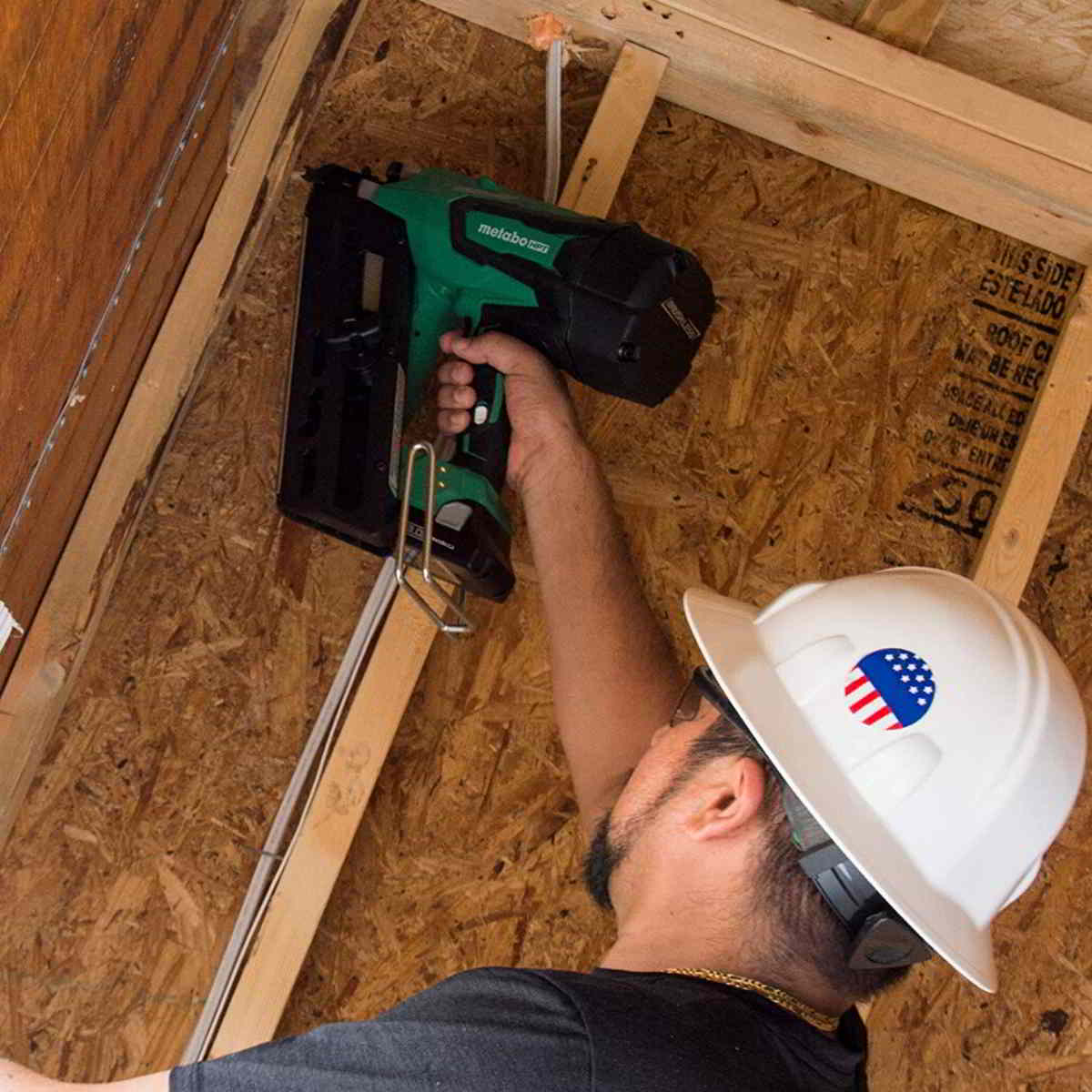 This guide answers the question what gauge nails for framing?….

When it comes to framing, one of the most important considerations you must take into account is the nail size- You will definitely want to use a nail size that holds your framing structure solidly.

But choosing the best nail size can be tricky…

That’s because using longer or thicker nails will make driving them harder not to forget that longer nails could result in nails going through your frames(and nobody wants that).

On the other hand, shorter or thinner nails will not do a very good job when it comes to providing a strong grip- we all know that framing is the skeleton of the house so you will want a strong and sturdy house.

Which leads us to the question I want us to answer in this article: what gauge nails for framing?

You want to read this to the end if you really cannot decide what nail gauge to use for your framing projects.

What gauge nails for framing?

I will answer this question from two perspectives: the nail gauge and nail type..

Let’s talk about the gauge first because it is what most of you want to know..

To go directly to the point, 16d nail is the best for nailing 2” thick frames- and you can confirm from any pro contractor out there if you’re in doubt.

Now, if you are new to carpentry, you are probably not sure what a 16d nail is.

We will leave the question of the gauge at that and talk about the nail type/category.

To begin with, you might be aware that framing mainly involves fastening 2×3 and 2×4 lumber…

For that reason, the nails that you choose to use for framing have to be very strong to resist the shear force and avoid possible bending.

As a builder, you will therefore use common or sinker nails as opposed to box nails since box nails are typically thinner(they’re made 10-gauge wire and the former two thicker 8-gauge wire).

To make it clear, we will have a brief look at each of them below.

These nails have a smooth head with a typical diameter of 0.162”.

Their smooth heads are however a weakness: It makes it easier for your hammer to slide hence you’re more likely to bend the nail (I recommend that you use nail guns when using common nails if you are not happy with your hammer skills).

In comparison to common nails, these nails have a smaller diameter at 0.148” so the hold will not be as strong as when you use the former.

But unlike common nails, sinker nails have textured heads- and that makes it harder for these nails to slip when you hammer them.

Consequently, I strongly suggest that you use sinker nails if you are using a hammer for your framing project.

I bet you now have a better picture of how the two differ..

If that is the case, I have to mention that in some circumstances, you may opt not to use 16d nails…

Yeah, you have heard me right..

When to use other gauge nails

I should add that just like the 16d nails, you should also go for the common or sinker nails for both these length nails.

Question: But where/when can you exactly use them over 16D nails?

Well, in a nutshell, these smaller nails are okay to use if you’re nailing headers, top plates or cripples during doors and windows framing.

I believe you have understood the basics so let’s look at the nail gauge you should select for a few specific framing projects starting with framing interior walls..

As we have repeatedly said, strength is a vital consideration in interior framing as your interior walls must be built to withstand heavy loads.

Subsequently, you will want to use the 16d common/sinker nails for framing interior walls(recall they’re made from the relatively thick 8 – 9 gauge wire making them quite strong).

For the exterior walls, it is not as straightforward as the interior walls.

That said, you will still want to go for the 16d nails…but that is where the similarity stops..

Here, you will certainly want to use sinker nails over common nails.

You see, exterior walls are exposed to humidity and other weather conditions that may lead to rusting.

And that’s precisely where sinker nails win it- they have an epoxy finish that provides a cover for the nail (This cover prevents the nail from rusting).

Side Note: If you are not working on a budget, I would rather you go for the galvanized 16d nails for your exterior walls as they are guaranteed to last longer than common nails.

What size nails for 2×3 framing?

You are better of using 16d – 8 or 9 gauge- nails if you are framing your 2×3 frames unless you do not want a sturdy house.

But as I had said before, for cripples, top plates and headers on windows & doors and when framing sheds, you can opt for 12d and 10d nails.

what size nails for 2×4 framing

Can I use 12d nails for framing?

Yes, you can – but not for all framing….

For clarity, just understand that these nails are okay for non-load bearing structures(think of sheds, well-pump houses, etc.).

Can I use 3 inch nails for framing?

Yes, you can although 3 inch nails are, in general, suitable for framing smaller structures –for example, a dog house or chicken house- that is any structure with a minimal load capacity.

Why do my framing nails keep on bending?

If you have noted that your framing nails keep on bending, it is far more likely that you are using thinner nails.

In this situation, you should make sure that you use 8- or 9-gauge nails for your framing.

Another probable cause of the bending is poor hammering technique- and it’s best to purchase a nail gun or use sinker nails (if you feel that your hammer is sliding excessively, causing the problem).

Finally, nails can also bend when you hit a knot in the frame- in the event that you suspect you have hit a knot, your best option is to drive the nail in another position on the frame.

What gauge nails for framing – wrapping it up

Before you start framing your house, be sure to first research the local building codes for the simple reason that some states dictate that you use certain nail sizes and lengths for framing.

In general, however, 16d – 8 or 9 gauge – nails are best for framing load-bearing structures such as residential houses.

At the same time, 12d and 10d nails are most suitable for framing sheds, kennels, chicken houses, and door & window cripples, and headers.

Finally, you do not use box nails for framing as they are thinner(so they can easily bend not to mention that they are not able to bear any heavy weights).

What size nails for framing a deck? – NailerPros

What size nails for door jamb?

What size nails for trim? Here is what you need to know